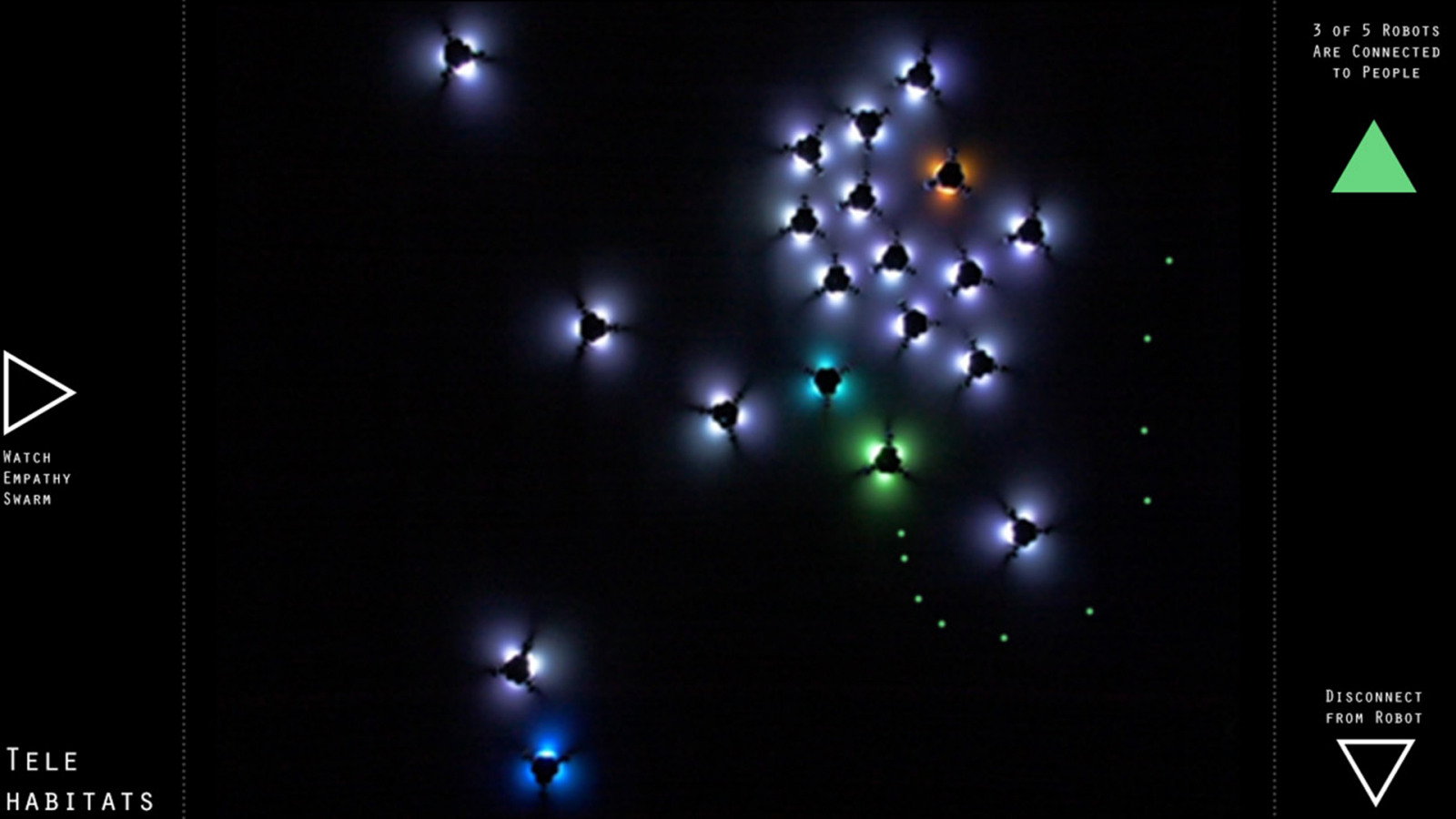 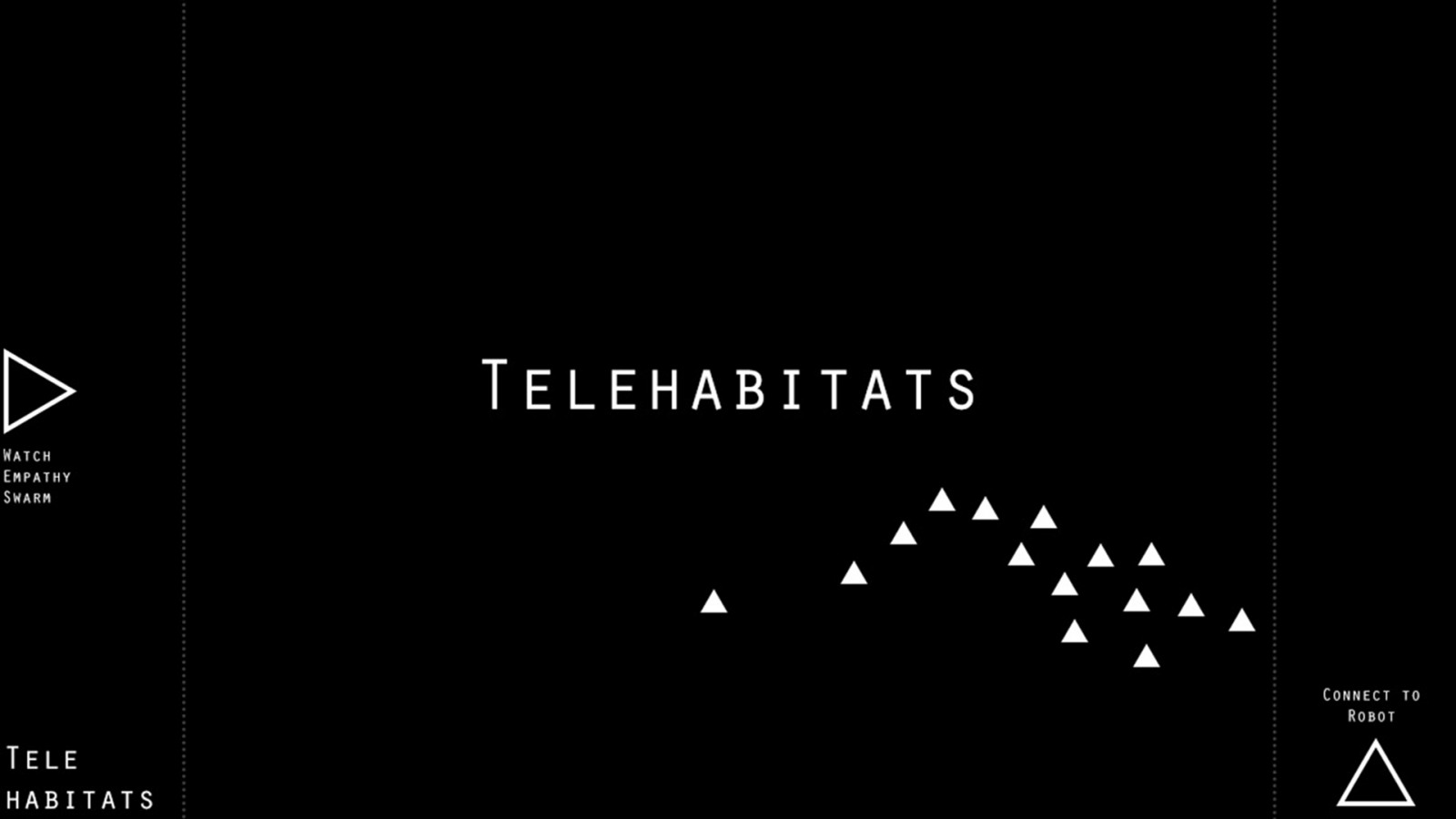 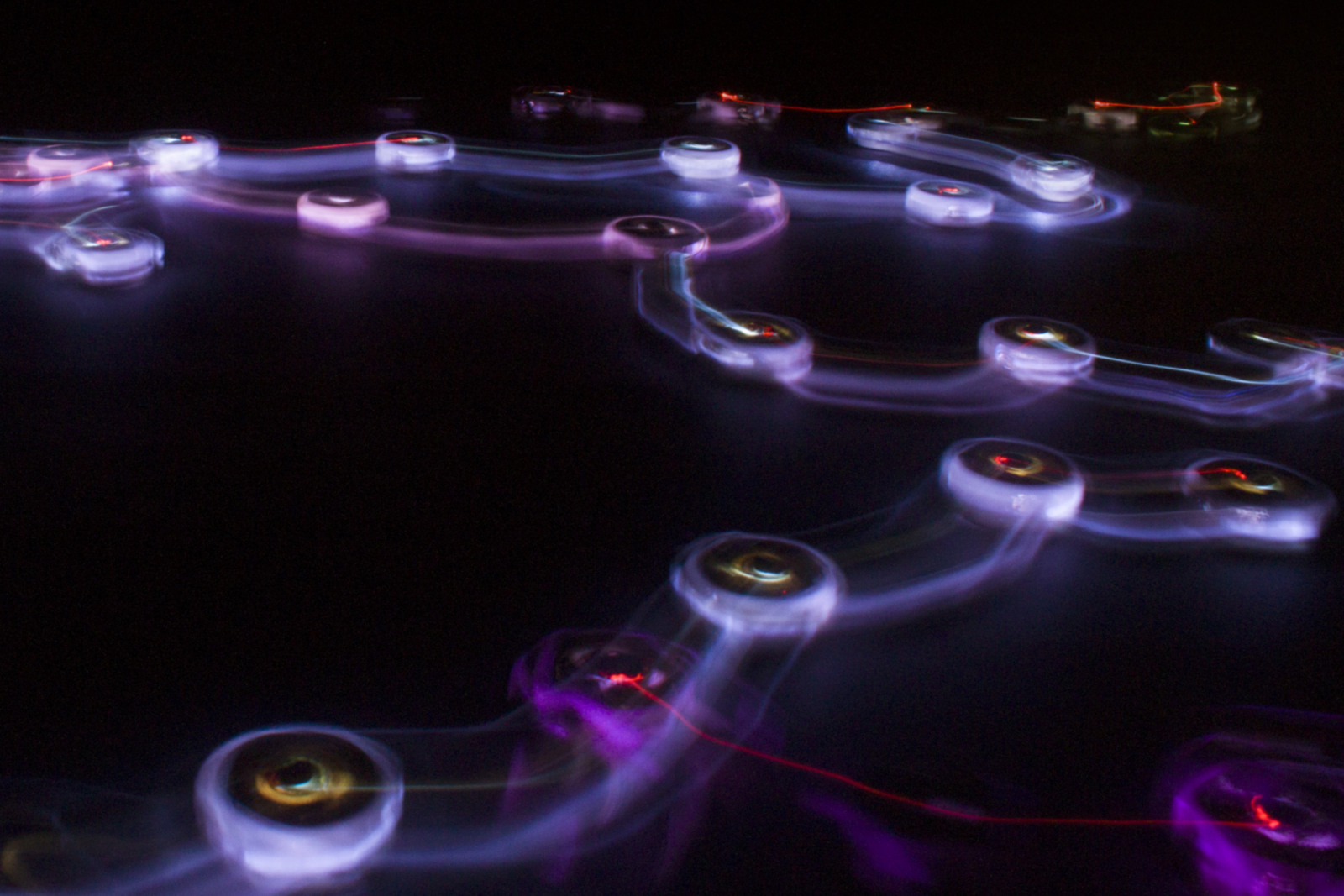 Can robots feel empathy? The artists Katrin Hochschuh and Adam Donovan address this question in their installation. A swarm of 50 robots adapts its behaviour and interacts with the observer using emotion recognition algorithms and camera tracking. Its formations, animations, and movements become the language of swarm expressions. The goal is to use deep learning to train the robots to respond compassionately to people’s facial expressions. 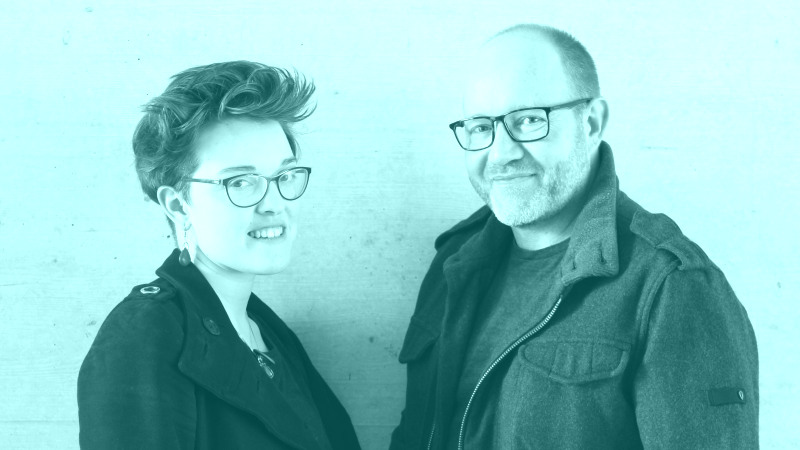 Katrin Hochschuh and Adam Donovan met in 2016 through a mutual network of artists, architects and researchers in Zurich, Switzerland. Hochschuh has an architectural background in digital design and robotic fabrication, exploring architectural geometries, algorithms, swarm simulation and interactivity. She has worked together with François Roche in his experimental practise New-Territories at the intersection of speculative architecture, experimental short movie production and art. In that scope ‘the Timidity Symptom’ was exhibited at the Architecture Biennale Venice 2014 and she was also part of the production of a collaborative piece ‘With’ with Carsten Höller, exhibited at Air de Paris, France (2013) and at Donaufestival, Krems, Austria (2013). Together with the ETH Zurich’s MAS she exhibited a prototype of a robotically fabricated pavilion at the Design Biennale Zurich and for the Museum of Digital Art, Zurich she developed a digital embroidery project.

Donovan’s work combines the highly specialised field of scientific acoustics and robotics with the visual arts which he has been researching since 1996 to transform this into his artistic medium. His work has been shown across the globe at prestigious venues and festivals from, ISEA Dubai, WRO media arts festival Poland, NEXT advanced music festival Slovakia and the Museum of Digital Art Zurich.

As a duo Donovan and Hochschuh exhibited “Curious Tautophone –  Tensor field Ontology” as part of Experimenta Make Sense in Australia and have performed at major European Sound art festivals in Poland and Slovenia. Currently as part of EMARE they work on “Empathy Swarm” which explores non anthropomorphic swarm robot behaviour using emotion recognition reinforcement. Together they create sophisticated robotic mechanisms that play with the unobtrusive uncanny systems within us. Their works and machines invoke an otherness or timelessness that is only present in the here and now.