How discontinuity and historical contexts, disorder, and machine learning collide is the topic of the podcasts with artists and scholars published continuously during the three festival weekends in the conference and discourse program of the Werkleitz Festival 2021.

In the Werkleitz Festival 2021 Podcast, Simon Schaupp (DE) reports about where cybernetics can be found today, what could be done with it, and where it all started.

Christopher Coenen (DE) spans the arc from the first ideas on transhumanism to today's development in the Werkleitz Festival 2021 podcast.
How do machines, ideas, biology, and deeper understanding intertwine to accompany the further development of humans?

Harald Heinrichs (DE) describes the necessary connection in sustainability from the countryside to the city, from small communities to megacities. Individuals can promote sustainability, but even more so when they join forces with others.

Do we belief in big data or the other way around? Mél Hogan (CA) is asking how to survive the post-capitalist dislocations in present and future.

Desiree Förster (DE/US) talks in this Werkleitz Festival 2021 Podcast about the necessity of recognizing the processual in us and our environment, so that we can find ways to live on this planet in the future. Art could help us to do this.

Stephanie Wakefield (DE) is talking in this Werkleitz Festival 2021 Podcast about that we discuss a lot about like fossil fuels, the industrial revolution urbanization, the great acceleration, but not the anticipatory future.

Darsha Hewitt (CA/DE), Carolin Liebl (DE) and Nikolas Schmid-Pfähler (DE) are talking about wasteland, the energies that couldn't be recycled anymore, and the process of making infrastructures visible in a podcast by Werkleitz Festival 2021.

Robertas Narkus (LT), Andrius Arutiunian (LT/NL) und Doug Fishbone (GB) are talking about what could be done with money and currency if their values were different in this podcast by Werkleitz Festival 2021.

Teaque Owen (DE/US), Margherita Pevere (DE/IT), and Alan Cunningham (IE) are talking about how do we explore the embodied act of care given and accept that in the context of everyday interactions/reactions in a podcast by Werkleitz Festival 2021.

Susanna Flock, Adrian Haim, Robin Klengel, Leon Müllner, and Michael Stumpf from the collective TOTAL REFUSAL (AT) and Aleksandra Niemczyk (GB/PL) are talking about the principles of dynamics and mechanics in game and non-game contexts in a podcast by Werkleitz Festival 2021.

Silvia Dal Dosso (IT), Francesca Del Bono (IT), Arianna Magrini (DE) und Nicolas Noel (FR) from the CLUSTERDUCK COLLECTIVE explain “memes” and how one can understand the anytime shifting meaning and usage of that term - in a podcast by Werkleitz Festival 2021.

Anna Ridler (GB) and Doug Fishbone (GB) talking about how to put together bits and pieces, would it be for a joke or a way to visualize artificial intelligence. 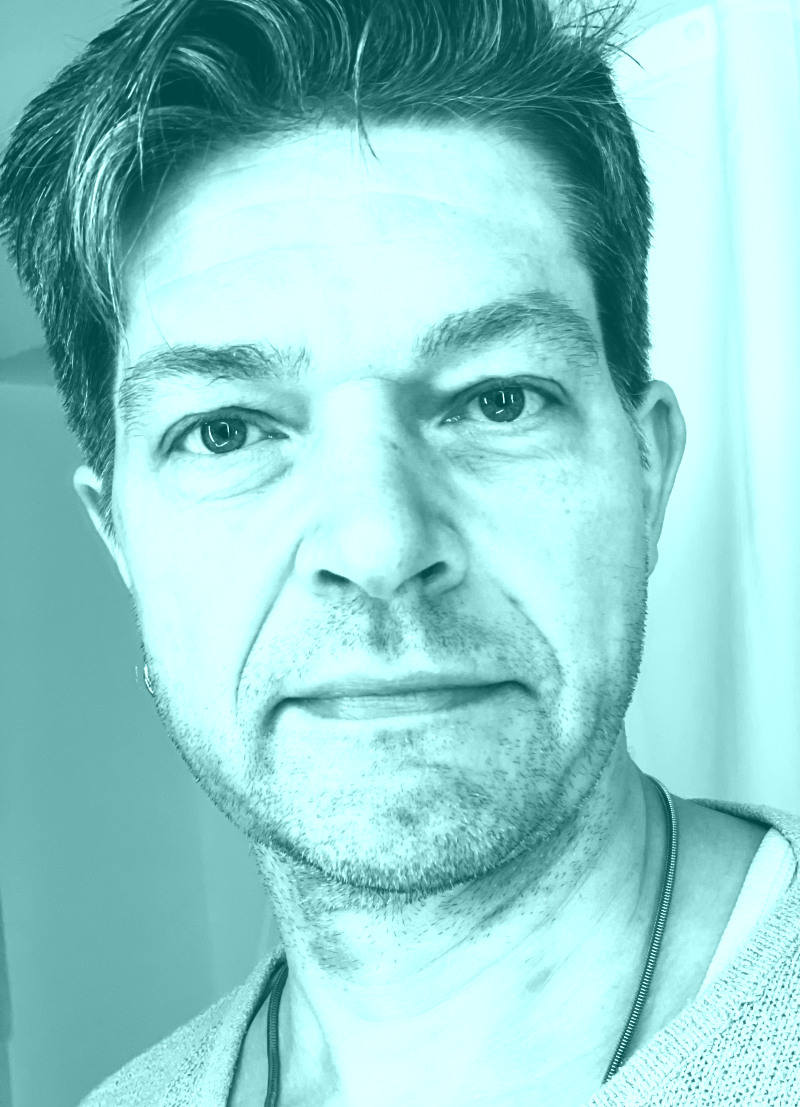 A three-part radio series about the site of this year’s Werkleitz Festival move to ...


The administrative regional offices of the East German Ministry of State Security – Buildings 1 and 2 – are the site of the Werkleitz Festival and provide the framework for the three-part radio feature by Ralf Wendt.

In relation to the three festival weekends, the radio piece examines the building’s history and its connection to the sociosphere, ecosphere and bodydatasphere.

The features are compositions produced from recorded conversations between the author and representatives of the Stasi Records Agency, the Roter Ochse Memorial Site, occupiers of the building in December 1989 and residents of Halle persecuted by the Stasi. Former citizens of East Germany who had connections to the Stasi or were subject to repression were also interviewed in cooperation with the Roter Ochse Memorial Site.

Maybe because the surveillance that was conducted here until 1989 was not subject to any supervision, as none of the people affected or accused could demand their constitutional rights. Maybe because the entire population was suspected of not trusting the governing minority. Or maybe simply because the abuse of power seldom seems so mundane as in a place like this, buildings 01 and 02.

From the late 1970s onwards activists of the East German environmental movement were among the most spied on state enemies. The story that Lothar Rochau, at the time a youth deacon in Halle, and others describe in the documentary is a dangerous combination of critical thinking about ecology and reflections on the foundations of the state and its economy. The Stasi in Halle presumably had the most detailed information on the environmental sins of East German chemical operations. Instead of working to reduce pollution, the information was used by the Stasi to criminalise the sources – that is, to deny the obvious truth and invest all their energy in keeping the pollution a secret.

With excerpts from the film Bitteres aus Bitterfeld [Bitter News from Bitterfeld] by the East German underground network “Arche”.

“IM” stands for inoffizielle Mitarbeiter or “unofficial agent” – conspiratorial apartment for secret Stasi meetings in the city and an operative procedure for strategic surveillance and information collection on individuals who were potentially dangerous for the East German’s government status quo.

The seven kilometres of files in Halle contain information about one half of the city’s population at the time. The system involved multiple identification of individuals designated for observation and a double archive of all files in the local offices and in Berlin – an extremely sophisticated process as back then there were virtually no computers. Kafka’s castle looms large over gloomy Prague.

The historians Michael Viebig and André Gursky examine data collection methods, Marit Krätzer,  in her daily work at the Stasi document archive, translates these methods for the victims of surveillance. Former employees of the Stasi regional office offer insights into a self-image that casts current intelligence activities in our society and the approach to comprehensive data collection in a different light. Former occupiers of the Stasi headquarters like Dietmar Webel and Thomas Kupfer were aware back in 1989 that a critical view of data collection is necessary for modern societies.

With archive material from the German Federal Stasi Records Agency. 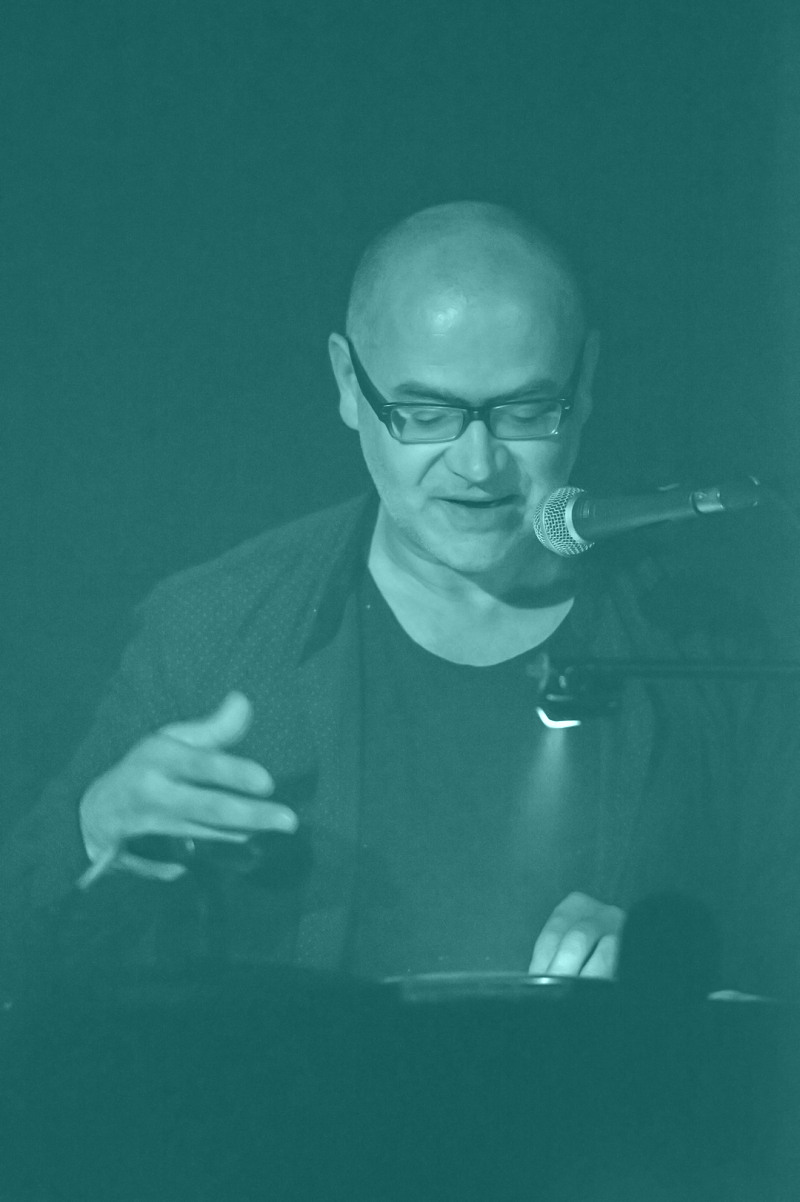 Ralf Wendt works within the time-based and literary arts on the deconstruction of human and animal language and questions orders of things. Since the mid-90s, he has addressed a poetics of suprasegmentalia in performances, films and radio art and works as a curator of art, music or radio art festivals, where he brings together different artistic expressions interested in utopian/dystopian social disruptions.